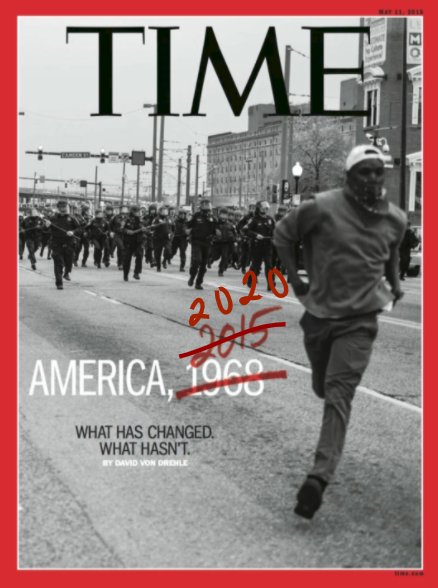 I’m old enough that I remember 1968. I wasn’t old enough then to grasp what was going on in the world. As an elementary school kid, it was just the way the world was when I was growing up, complete with constant nightly news about race riots, police brutality, tear gas, national guard… sound familiar?

There was a great opportunity to address issues by seeking understanding. A lot of that was missed. Some well-meaning people used the political process to pass laws attempting to right the obvious wrongs. More compliance to laws may have resulted, but hearts probably weren’t changed all that much. And here we are 52 years later. Two generations have passed.

Today, well-meaning business leaders are saying things to sound supportive. Some may feel like they have to. Some have difficulty finding the right path through acknowledging injustice without bringing up the history of what their ancestors did or didn’t do, completely missing the point. Some are trying to navigate support for those who have been marginalized without alienating others, which may be next to impossible.

Say “Black Lives Matter” and someone wants to chime in, “all lives matter” as if it’s not possible to speak affirmation to one group without being dismissive to others. Say “Black Lives Matter” and you can end up in a discussion about the concept as opposed to the organization that supports some things that some who like the concept won’t support.

Here are some ideas that may help:

***
At Open Door, we believe that your organizational culture - whether it’s formed by intention or default - drives everything. We help you cultivate a culture that can carry the vision that's worth pouring your life into.